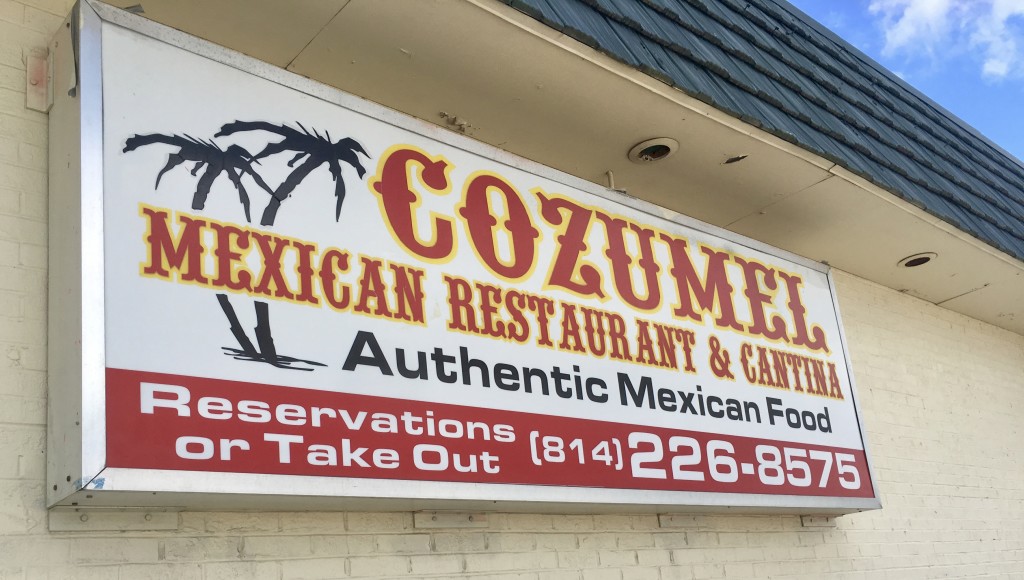 CLARION, Pa. (EYT) – Maria Lopez, of Cozumel Mexican Restaurant, finally received some good news from the Pennsylvania Liquor Control Board (PLCB) regarding her quest for a new liquor license for her restaurant. She was named as the top bidder for one of 45 licenses in a PLCB auction. She bid for an expired license in Elk Township that will eventually be transferred to her Monroe Township restaurant.  PLCB allows the transfer of its licenses with a county, providing there is approval by the local municipality.

Sheetz recently purchased an auctioned license from Madison Township that will be transferred to the Sheetz in Clarion Borough.

Top bidders have 14 days from the date of each Notice of Selection to remit full bid payment to the PLCB. If bid payment is not received within two weeks of the auction award, the second-highest bidder will have an opportunity to remit its full bid payment. Winning bids range from $25,101.00 for a license in Coal Township, Northumberland County, to $347,127.00 for a license in Abington Township, Montgomery County. The average winning bid in the third auction was $133,137.00.

“I like those guys,” said Jeff Swackhammer, Jr., one of the owners of the new Motel Six and Studio Six. “I want them to stay. We literally had nothing to do with them losing their liquor license. We wanted them to be a success.”

Earlier this week, Swackhammer provided exploreClarion.com with some additional background about PLCB’s decision to remove the liquor license. This is the first hotel for the family business, and the company was planning to continue having Cozumel as a renter.

“We didn’t know this going into it because this is our first hotel, and we have not had experience with restaurants,” continued Swackhammer. “We never tried to have the liquor license transferred because Cozumel had a management agreement for it.  Once the PLCB took a look at it, they actually snatched Cozumel’s liquor license prior to us taking over the property because the agreement the previous owner had with Cozumel is illegal, according to the PLCB.”

It was a shock to the new hotel owners and Cozumel who has operated for 13 years in the same location.  The license used during those 13 years was more an agreement with the owners of the hotel, and the hotel actually had the liquor license. The property operated under many different hotel franchises, with the Econo Lodge being the most recent.

“PLCB pulled the ownership prior to us taking ownership of the property,” said Swackhammer. “We were supposed to have closed two weeks prior, but the attorney for the bank that was loaning us the money looked into the issue.”

Swackhammer stated that if they had a hotel license, they could open a restaurant and do something, but he has no ambition to own a restaurant in the hotel. The new owners gave Cozumel a free month of rent and reduced the rent on a go forward basis from month to month due to the license problem.

Even though Swackhammer is not from Clarion County, but Butler County, he and his family are treating the project as a local project.  He is also a graduate from Clarion University.

“We’re doing a significant renovation of the property, and we went out of our way – there’s not a contractor working on our building right now that is not a Clarion County business,” said Swackhammer.  “It would have been cheaper for us to bring in a hotel crew that travels around the country like some other hotels. We’re trying to do the right thing now by reinvesting in it and hiring people and turning it from an eyesore property to a place where people would want to stay.”

His company likes having the Cozumel family operate the restaurant and views the situation as an unfortunate circumstance.

“It puts us in a precarious situation, too, because when we plan and look at budgets, and one of the things we’re depending on is a successful restaurant in there to pay for the rent that then helps pay bills for the hotel.”

The loss of the alcohol license also meant the loss of business at the restaurant because many people apparently like to drink with their meals, even though it is now listed as a BYOB (Bring Your Own Bottle) location.

A drop in sales after the loss of the liquor license forced Cozumel to lay off five employees and only Silvia’s family – her brothers, her cousin, her mother, and her husband – is working and keeping the restaurant open.

The restaurant does have a lot of local and area supporters, and business did pick up last week after Cozumel’s dilemma was published last week in exploreClarion.com.

It takes about six months to actually be awarded the permit, and Cozumel will still need to attract business with no liquor license.