Memorial to be Held for Strattanville Man Killed in Crash CLARION, Pa. (EYT) – A memorial service will be held for Béla Andras Claire Jobb on February 15 at the Hart Chapel, Clarion University.

Béla was born in Clarion, Pa, on December, 25, 1997. He was the only child of Jennifer Jane Ashbaugh and son of Andras Josif Jobb who both survive along with his sister Dog Annie.

Béla was a 2016 graduate from Clarion Limestone High School where he was a member of the marching band, jazz band and concert band. He played many instruments including the piano, trumpet, saxophone, mellow phone, french horn and bass guitar. Bela was also a member of the Sensations. He performed and was an accompanist on the piano.  Bela participated in many county, district and regional music festivals for both choir and band.

He was remembered as a promising student early on by his high school music teacher, Tina Bennett.

Bennett gave piano lessons to Béla beginning in seventh grade. She said that he was such “a promising student” that he later became the accompanist for all of the choirs.

“I spent a lot of time with him. He was energetic. He was a fun guy. He was also a very talented musician.

“They don’t prepare you for how to handle losing a student. Those kids at Clarion-Limestone become part of us. He (Béla) is gone too soon, too young. I will miss him dearly.

“Watching him inspire younger children was really something to see,” Bennett added. 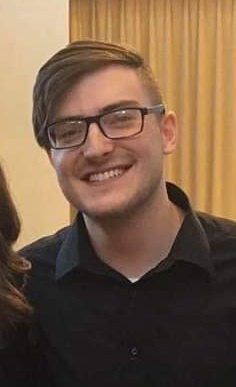 Béla Jobb was a senior Bachelor of Arts student in the IUP Department of Music with a concentration in piano.

Béla was selected three times from among his peers to perform at Departmental, the monthly recital of the entire undergraduate student body in the IUP Department of Music. Béla was featured on the IUP Piano Studio’s FaceBook page a few months ago and when asked about a memorable musical moment he listed his performance of the “Rigaudon” from Maurice Ravel’s Le Tombeau De Couperin at the Fall 2018 Departmental Recital. Most recently, he performed the first movement and cadenza from Mozart’s Concerto in A K. 414 in the Spring 2019 Departmental recital. In Spring 2019, Béla also performed with the IUP Percussion Ensemble and accompanied the IUP Community Music’s School Community Choir on the very challenging Requiem in D minor by Mozart.

Béla was very active in accompanying for students and played for many of his colleague’s recitals over the years. He performed as a member of the IUP Piano Ensemble and was active in outreach events like the Piano Monster Concert and Piano Pedagogy Day where he worked with young piano students from the Indiana community where he gave lessons in a masterclass format.

The following excerpt is from an email message to Béla from IUP professor Dr. Lisa Price thanking him for working with her son during Piano Pedagogy Day.

“I just want to tell you what a great experience my son Joshua had today with you in the master class! Joshua tends to be a perfectionist and can have a hard time taking critical feedback. We also knew he was probably the youngest child who was going to be there. He was nervous. You did such a wonderful job of putting him at ease – you gave so much positive feedback first and focused on how much fun he seemed to be having playing the piece. That was such a great approach but especially important for him. Thank you so much. You have a great presence and style with young children – you are fun and engaging, you are good at explaining what you want him to do while also not talking down to him, and you approached it in a way that he could enjoy the process. I wish you the best in your studies and your career. And I thank you for making this experience so positive for my child!”

The memorial service for Béla will be held at 1:00 p.m. on Saturday, February 15, at the Hart Chapel, Clarion University.

Parking is available on Campus beside the Hart Chapel parking lot 7.